I discovered the Ukulele. What an awesome little instrument. I wish i had been wise enough in my youth to have understood just how great they are.

(2018 update: wisdom also to include when not to play the ukulele - nothing can turn people away from you as a musician more than "being a ukulele player" - unless you are quite good.)

(update: we now have two new ukuleles - a concert size from Artist Guitars in Sydney and a tenor cutaway from Vietnam - both are fine for the price

The standard tuning for a Ukulele is like the high four strings of a Guitar (D G B E) capoed at the fifth fret.

(Note that my son gave me an idea - take the A string from a Classical Acoustic guitar, cut it in half and replace the Ukulele G string with it (i'm C tuned). Tune it an octave lower than normal - gives a much richer sound and makes it even more like a guitar to play - which makes it easier for me to get my head around.

note on that: I tried it for a while - it sounds good but i've returned to having a proper drone string - if all you do is strum or you want to pick out melodies then lowering the G (when C tuned) is great but if you want to make the most out of a uke then having a drone string is the way to go.)

i use the circle of fifths - start anywhere and work your way around the circle - forward and backward, in and out 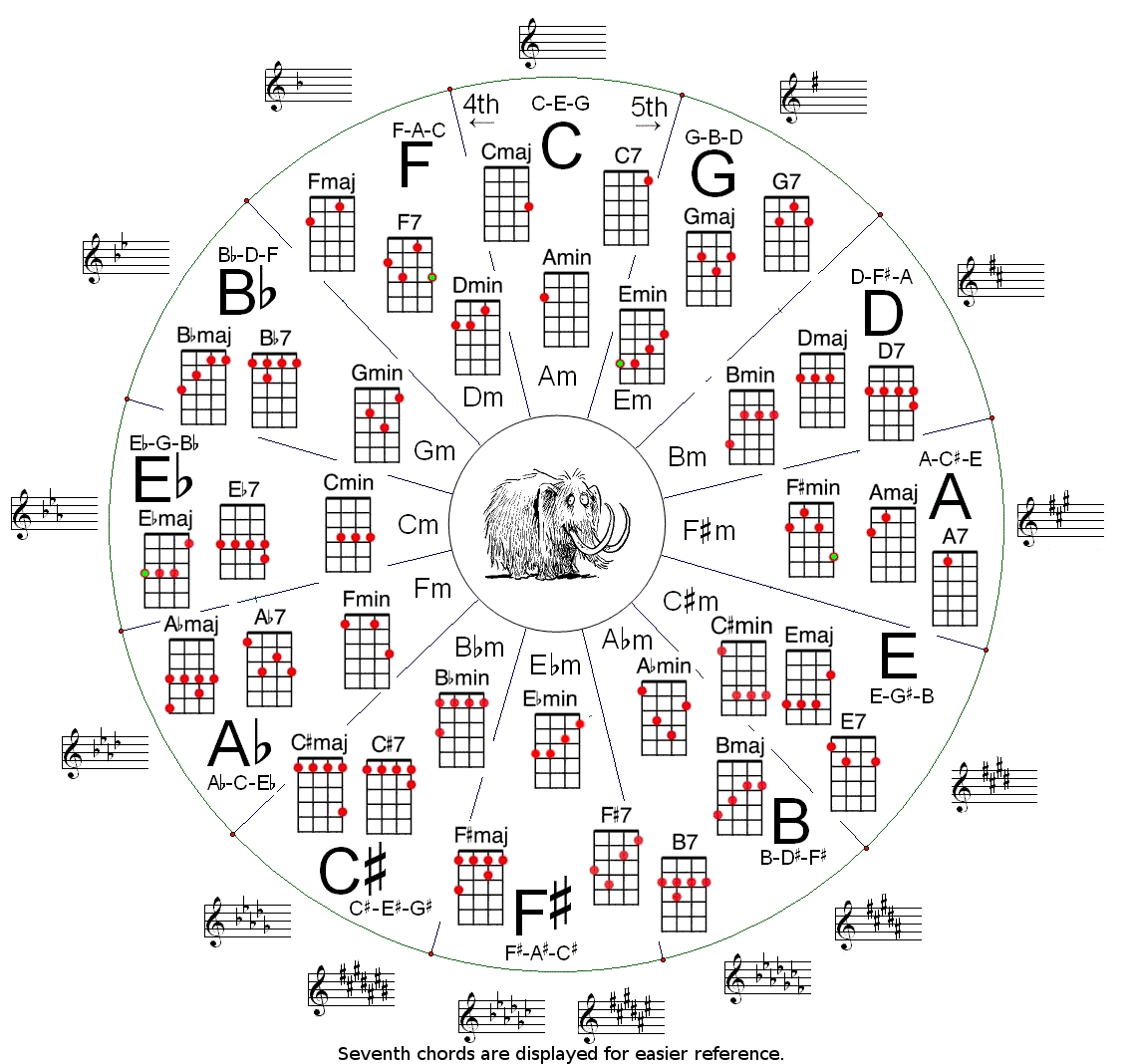 for finding how to play chords i like The Ukulele Helper