I'm typical of the "baby boomer" generation. Apart from that meaning that I'm now old it also means that I experienced quite a few of those boomer generation "groovy things to do".

For example I have done the Goenkaji Vipassanā 10 day sit. That was, as anyone else who has done it will tell you, hell. It was tough. Maybe you don't know much about it but it's easy to explain - you sit absolutely still for long periods of time trying to dominate your body's natural and healthy inclination to move (and keep vital functions like your venous pump working). It's 10 days of torment that you afterwards wear as a crown of accomplishment: "I did the 10 day sit, man!".

I've also got a black belt in karate. If you've done karate you know what that means - if you've never done karate it's something that can't easily be conveyed. I did the Seido black belt grading - that means 40 fights at the end of a gruelling grading that pushes you beyond your limits and then further still. Man if you have a real black belt in karate then I totally respect you - it means that you can focus for a long time, years, and go through excruciating pain, humility and testing. Man, I did a black belt grading!

Yeh, I did a degree in computer science too - and got straight "A"s. That was kinda tough I guess though it's really just a case of slogging your way through it for 3 years and not wasting your time having fun like most of the other students.

There's lots of other trials and achievements that I could tell you about but let's leave the ones above as the "biggest" for now though really none of them compare to all the trials there are just getting by in life - like raising kids, keeping a marriage going, not killing or being killed by your workmates. You know what I mean I'm sure.

So comes my early retirement courtesy of the NSW State Government giving me a redundancy package.

OK, I'm pretty much done with big business and government and computers and everything else that has been my life until now. What shall I do that has any meaning? What can I do that I can look at and say to myself "you are worthy Murray".

I'll be a teacher!

I'll teach English in Thailand where I have decided to "retire".

That's got to be honourable right?

Ok, so how do I become an English teacher?

After a bit of research (not enough as it turns out) I decided the CELTA course run by the ECC in Phuket was the right one for me - made sense that I'd do it in Thailand if after all I was going to teach Thai people English. Right?

ECC Phuket accepted me for the course (sheesh, I barely passed English in my HSC) and sent me a bunch of stuff to study (which of course I scanned and told myself "yeh I know all that duh!")

My last day at work then my flight to Phuket. The next day I went to visit the ECC. I met Robin - he was nice, gentle, offered aid with accommodation etc though my wife and I had already sorted all that out.

Forget about anything you have ever thought was tough. Whatever you name I can tell you it was baby stuff compared to the CELTA. The CELTA course is tough - even if you are a natural English teacher with a bent in the CELTA way. It's work, solid work, for 4 weeks.

Frankly, by the end of the second week, I was sure I would either fail or drop out. I'm pretty bright, or was, up there with Mensa types, but bright "aint nuthin" in a CELTA course. You have to learn to teach English the CELTA way and the course tutors are masters of the way.

I stuck it out. I loved it as much as I hated it. There's no way to explain any of it except to say that if you ever contemplate doing the CELTA then the best advice anyone can give you is study English and study hard. Make sure you really know English grammar, function, spelling etc before you go.

The tutors at the Phuket ECC - well I loved them and hated them thoroughly - often both many times a day. They are not going to give you your CELTA certificate for free. They expect you to work for it and they "aint no dummies".

So, it's now a few months since I did the course. What can I say?


If you want to do the CELTA then ECC Phuket is as good as anywhere or better because it's in a lovely part of the world where lovely people provide wonderful food and hospitality. The ECC staff are great, professional, dedicated and human.

I'm happy to recommend them. 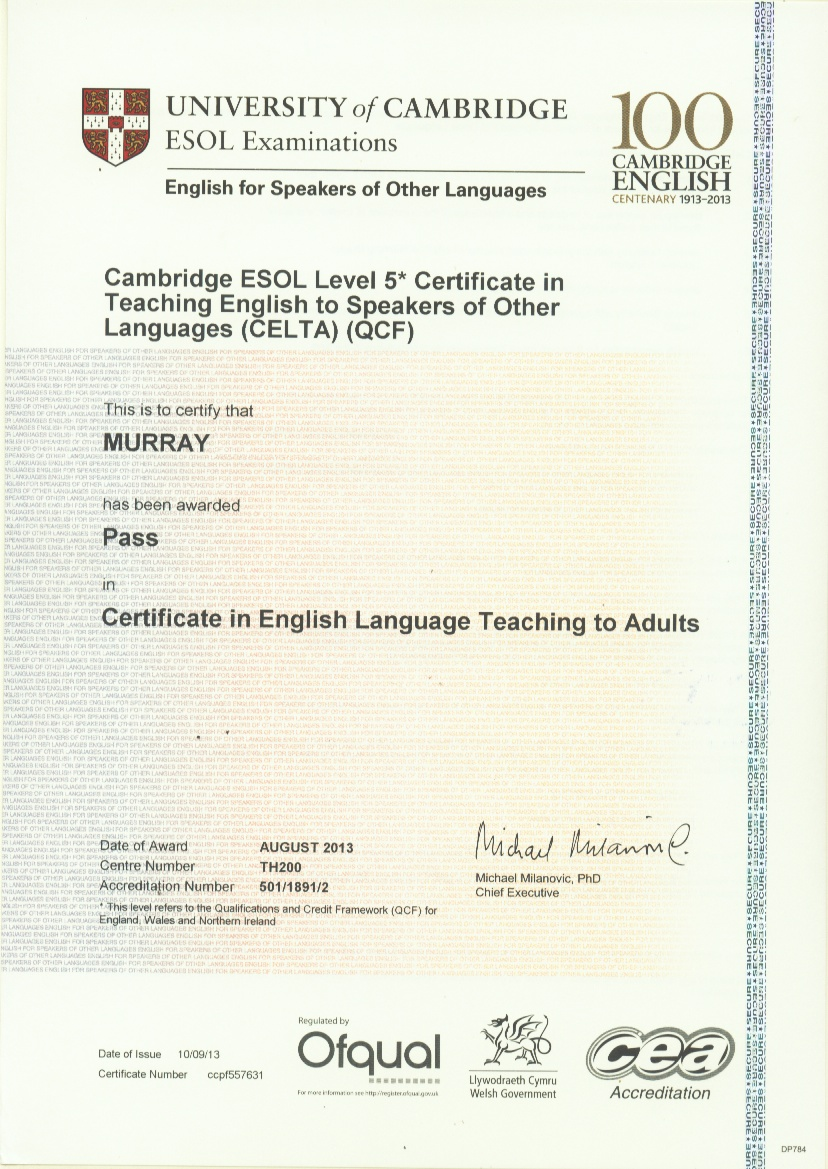 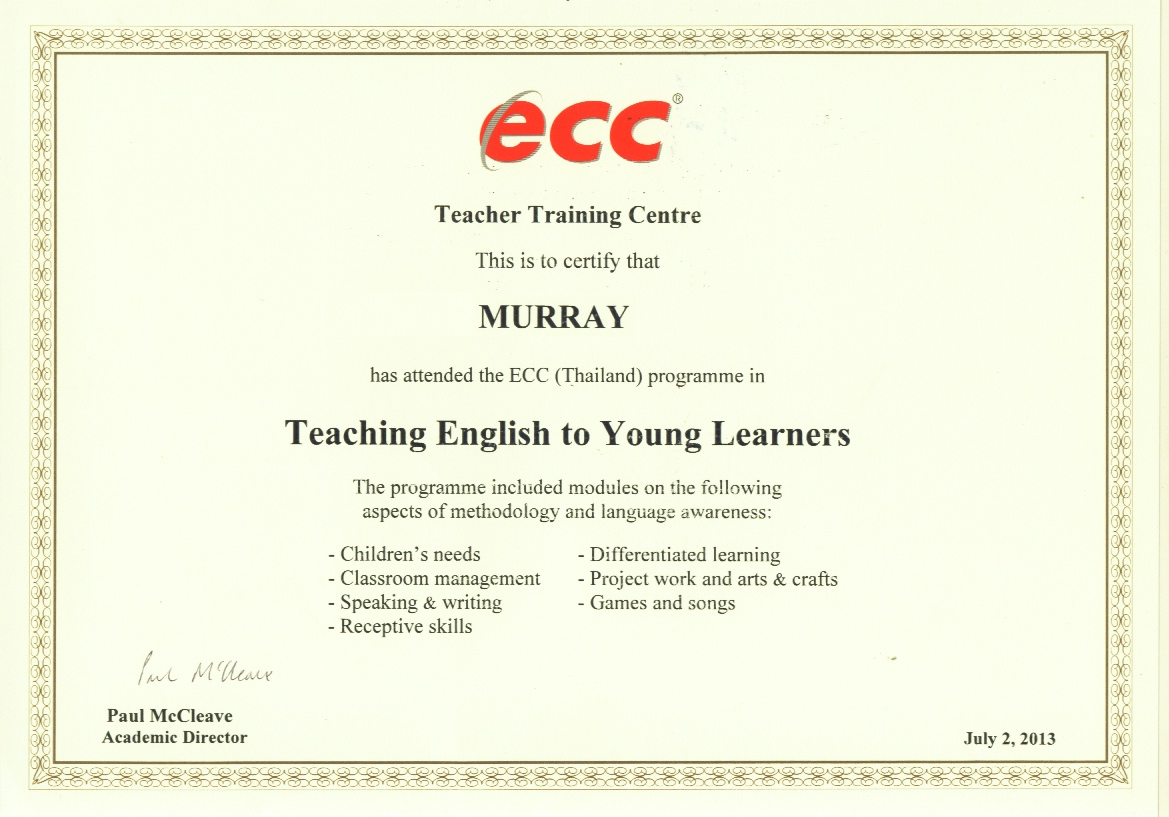